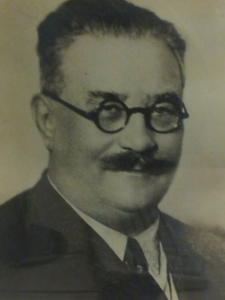 In 1900, Dr. Roberto Höttinger, a swiss veterinarian educated at the University of Zurich, was hired to teach in the Polytechnic School. He conducted the 4th chair (General and Special Zoology) of the third year of the Agronomical Engineering undergraduate course and the 1st chair (Veterinary and Hygiene of Domestic Animals) of the fourth year of the same course. When the Agronomical Engineering Bachelor degree had been extincted, Professor Roberto Höttinger started to conduct the Biochemistry, Physical Chemistry and Electrochemistry chair of the Chemical Engineering Bachelor.

Since he also owned a clinical analysis laboratory, he developed, between 1910 and 1920, several studies on the quality of public water supply of the city of São Paulo. Apart from the various experiments and articles he has written about the poor water quality, especially the Tietê River, the studies of this scientist also involved a research with the use of metals for water sterilization. Dr. Höttinger, with the helpful assistance of Dr. Paula Souza, developed a new purification process consisting of colloidal silver coating the insides of ceramic vessels, which would eliminate the bacteria present in the water. This process was called Salus.

Along with Adolfo Lutz and Vital Brazil, among others, he was a founding member of the former Scientific Society of São Paulo, an important scientific nucleus that gathered scholars from different backgrounds. Many of the professors of Chemical Engineering at the Polytechnic School of the University of São Paulo were his students, trainers or assistants. 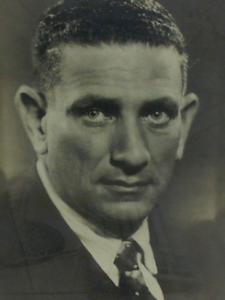 In 1942, Dr. Renato Fonseca Ribeiro was hired to assume the chair of Biochemistry, in the Polytechnic School, vacant after Prof. Roberto Höttinger’s death. His participation was crucial on structuring the courses in Biochemistry for Chemical Engineers, which later gave rise to the courses: Fermentation Technology, Biochemical Engineering, Food Technology and Food Engineering. 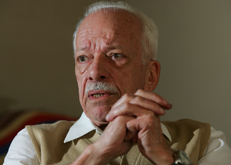 Dr. Walter Borzani was born on November 7th, 1924, in São Paulo, and graduated in Chemical Engineering at the Polytechnic School in 1947. In 1948, he joined as an assistant professor at the faculty of the Polytechnic School. In 1955, he became a Full Professor of the Biochemistry chair. Moreover, it was also a professor at the College of Pharmaceutical Sciences and the Institute of Chemistry both from the University of São Paulo. He published about 100 scientific articles in his research area and advised more than 20 dissertations and 15 PhD thesis.