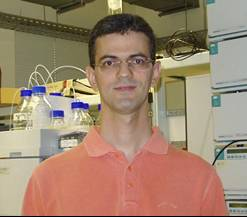 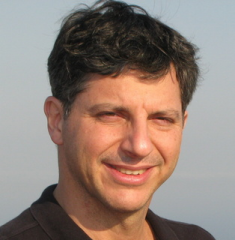 Aldo Tonso holds BSc (1987), MSc (1994) and DSc (PhD, 2000) degrees in Chemical Engineering from POLI/USP. His PhD was accomplished with a 27-month visiting period at Bayer Corporation (Berkeley, USA). In 2012 he got his Habilitation (Livre-Docência) from USP.

Currently he is an associate professor at USP and his research interests are animal cell culture and bioprocess automation with research projects on rabies glycoprotein synthesis and bioinsecticide baculovirus production. 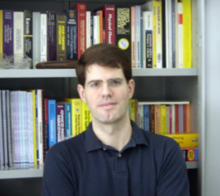 Pedro Pessôa holds BSc (1995), MSc (1998) and DSc (PhD, 2002) degrees in Chemical Engineering from Universidade Estadual de Campinas (Unicamp). During 2007-2008 he conducted his postdoctoral project at Technische Universität Kaiserslautern (Germany) and in 2011 he got his Habilitation (Livre-Docência) from USP.

Currently he is a full professor at POLI/USP, and his research interests involve thermodynamics of phase equilibrium, mainly biomolecule purification processes as well as applications in food and oil engineering. 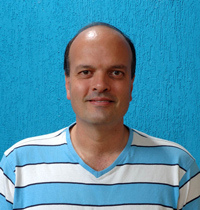 Dr. Schneider obtained his degree in Natural Sciences from the Swiss Federal Institute of Technology in Zürich (1984) and completed his PhD studies at the Swiss Federal Institute of Aquatic Science and Technology (EAWAG, 1989). He then spent the next 8 years as a Research Fellow at the University of New South Wales in Sydney, Australia. With the award of a Young Investigator Fellowship and Project Grant by FAPESP he returned to Brazil, initially to the Environmental Research Center of EMBRAPA in Jaguariúna. In 1999 he moved to the University of São Paulo, where he took up a Position as Lecturer in the Microbiological Department of the Institute of Biomedical Sciences. In 2014 he transferred to the Department of Chemical Engineering of the Polytechnical School, at the same University. Dr. Schneider is one of the Editors of the Journal “International Biodegradation & Bioremediation”.

After completion of his PhD in 2011, he worked for Novozymes for 4 years as a Senior Scientist in the R&D department, as a project leader in yeast physiology and fermentation optimization for traditional (1G) and advanced (2G) biofuels.

Currently he is an assistant professor at USP and his main areas of interest are yeast and bacterial physiology and yeast metabolic engineering. 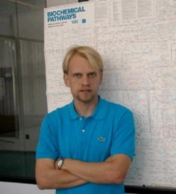 He is involved, as both a coordinator and a collaborator, in several national and international research projects, all funded by national agencies and/or companies like Vale and Petrobras.

Since 2013, he belongs to the faculty of the School of Food Engineering of UNICAMP (Campinas, São Paulo).