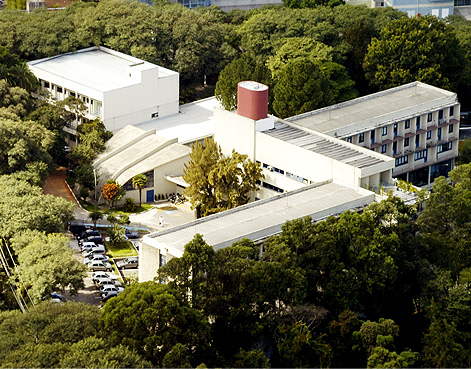 Created in 1942, the School of Nursing of the University of São Paulo definitely marked the dissemination of modern nursing in Brazil. Ever since, it has trained 67 classes of BS in Nursing, 1119 Master’s and 729 Doctoral degrees.

As part of one of the largest and best universities in Latin-America, the EEUSP has evolved in constant interaction with different subjects of knowledge.
Throughout its history, the EEUSP has been committed to the quality of education of nurses and health researchers, the nursing science progress, and the improvement of people’s health and life conditions.

EEUSP has formed nursing leaders that boosted nursing teaching and research all over Brazilian regions and in several South-American countries.

Currently, the different international mobility support programs allow for the integration of undergraduate and graduate students and researchers originated from any part of the world with the academic activities of EEUSP. BS and Graduate Programs students, interested in experiencing Brazilian nursing, can consider the opportunity of carrying out an EEUSP’s traineeship program. Foreign researchers in their early stages of career, and who might be interested in strengthening their research programs, can consider applying for a post-doctoral program at EEUSP. Experiment foreign researchers, interested in sharing their knowledge and establishing investigation network, can consider the opportunity of a visiting-professor program.

All EEUSP’s professors have solid research training and teach in BS and Degree Programs; and almost all of them bear Master’s and Doctoral degrees, participating in the research groups.
Directed by the professors, the research groups develop scientific investigation programs that underpin the contribution of nursing science towards health knowledge so as to draw up public policies and strengthen nursing as subject and profession.

The significant national and international partnerships make of EEUSP a community integrated within health and nursing global contexts, as well as within the contexts in which local and regional health policies and practices take place.

The different educational, research, and extension activities conducted at EEUSP keep it in continuous effervescence, creating a stimulating environment full of great and beautiful challenges!